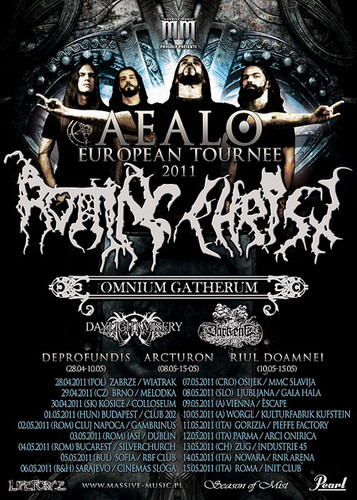 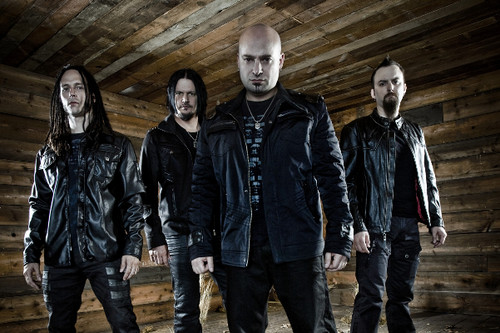 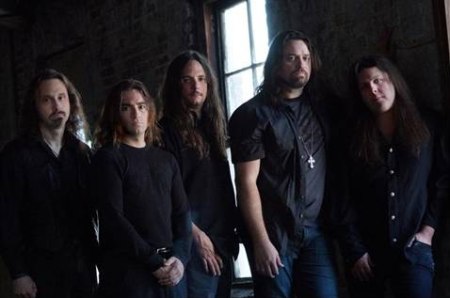 "Sonically, it's in the realm of that one in a way, in terms of the sound of things; the guitar sound is a little different. Basically, the album is pretty intense — probably the most intense record we've ever done; it's chock-full of riffs — tons of great riffs. It's heavy, the music, but the singing is very melodic in terms of its... the choruses are real strong, the verses are real strong, but I'm singing aggressively — a lot of that going on — 'cause the topic is, again, very dark; you know, that's what we do. So the album's very powerful. And, of course, we do have one song that's like a little mini-epic, so to speak, and it's the lightest — a light, light, light song. So there is a contrast on the record of that one song that has that sort of 'Paradise Lost' feel to it; it's a ballad, I guess, if you wanna call it that."

"This album will contain a good body of work that harkens back to a lot of early metal — some early metal — and a lot of SYMPHONY X standards that you guys know already, and a little bit of a newer sound, too, here and there — just a newer direction. Some of the singing parts, I tried some more rhythmic things that I was hearing that sounded pretty cool, and some different things that I'm doing with my voice now that are a little more looking to the future of what we hear the music going. It's just the next progression for us, where we are as writers and stuff, but it's pretty intense — it's way more intense than 'Paradise Lost', if you can believe that."

"It is basically just the idea of machines taking over everything and all this technology we put our society into pretty much being our demise. It's a story we were all familiar with, but we put our own spin on it. It's not a linear story in terms of... This is just the theme of the record, so all the songs are in that theme, but they're not connected in any sort of story way — there's no characters of any of that stuff — it's just a theme. Like [PINK FLOYD's] 'The Dark Side Of The Moon', it's really just a theme of the dark side of the moon — one song deals with death, the other one deals with time... You know what I mean?! So it's the same kind of thing. I'm not comparing the two albums by any means — don't misunderstand me — but in terms of the idea of a concept, so to speak, the concept is there, but it's not a story record — not like 'The Odyssey', where the song 'The Odyssey' is that story."

Foi a esta a mensagem do baterista:

"I am writing to tell you that I have left my position with HOLYHELL. I cannot express my gratittude for all the love and respect I recieved from my wonderful friends in the band. They have always been like my second family and I will never forget the amazing times and special moments we shared. I could never think of another group of people I would rather be on the road with.

"Jay Rigney. The bass player's bass player... nobody can hold the rhythm and bottom end like him... unless you feed him mushrooms... then it's all over. My brilliant roommate and companion.

"Joe Stump. Nobody i know more dedicated to their instrument and able to play at the speed of light with 15 tons of incredibly expensive jewelry hanging from his hands. A real big heart, too.

"Francisco. Killer classically trained virtuoso with a smile that can brighten any gloomy day. Look out when he is onstage! He might spontaneously explode or rip his pants... or... cut his hands to shreds on his expensive jewelry. Love him like a brother.

"Maria... beautiful person, beautiful heart, beautiful voice. No one can make me laugh harder. She has more dedication than you can ever imagine... Are those eyelashes or did some eagle lose its wings?

"I love you my friends. As well, I hope to see all the HOLYHELL fans again in the near future. Thanks so much for the inspiration, unending enthusisam and support!"

Turisas "Stand Up and Fight" EPK